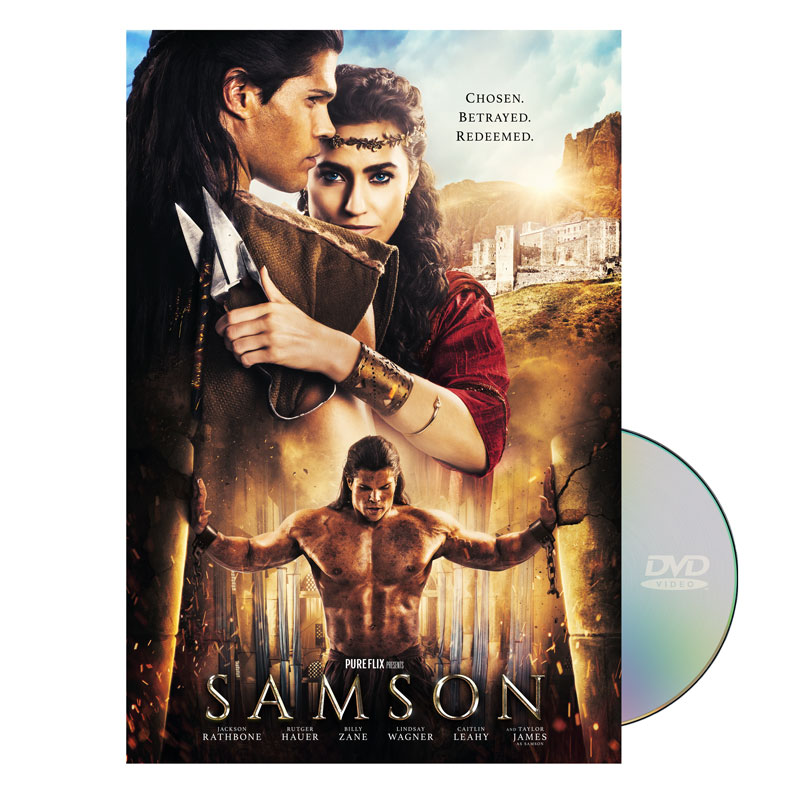 Includes FREE Bonus Materials! The Samson Movie License includes what you need to legally show the movie at your church, including: PLUS Bonus Materials Kit Including*: The Standard License is appropriate for churches with average attendance between 100 and 1000 people. *Available in the U.S. and its Territories. *While Supplies Last

Pure Flix's SAMSON is based on the powerful, biblical epic of a champion chosen by God to deliver Israel. His supernatural strength and impulsive decisions quickly pit him against the oppressive Philistine empire. After being betrayed by a wicked prince and a beautiful temptress, Samson is captured and blinded by his enemies. Samson calls upon his God once more for supernatural strength and turns imprisonment and blindness into final victory.