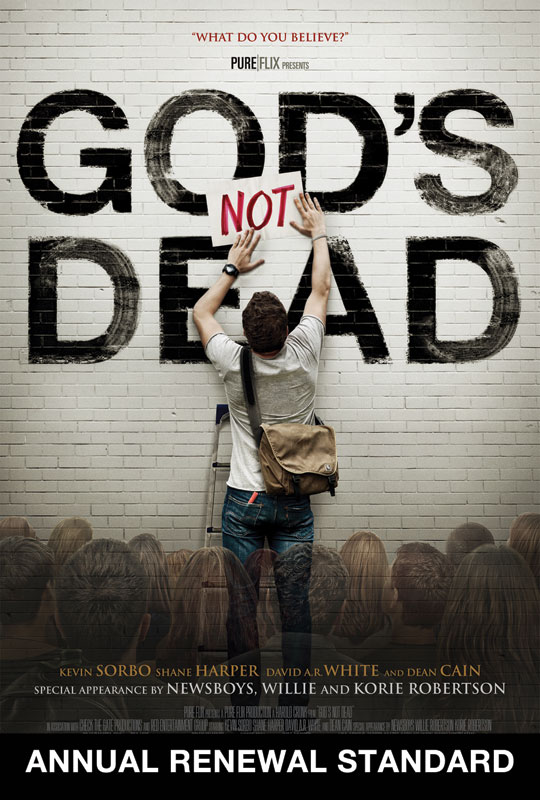 CALL TO ORDER: For previous buyers of the a God's Not Dead movie License or Movie License Package. Includes an PDF of the annual movie license and digital resources. To show God's Not Dead in public, you must have a current, valid license. *Available in U.S. and its Territories only.