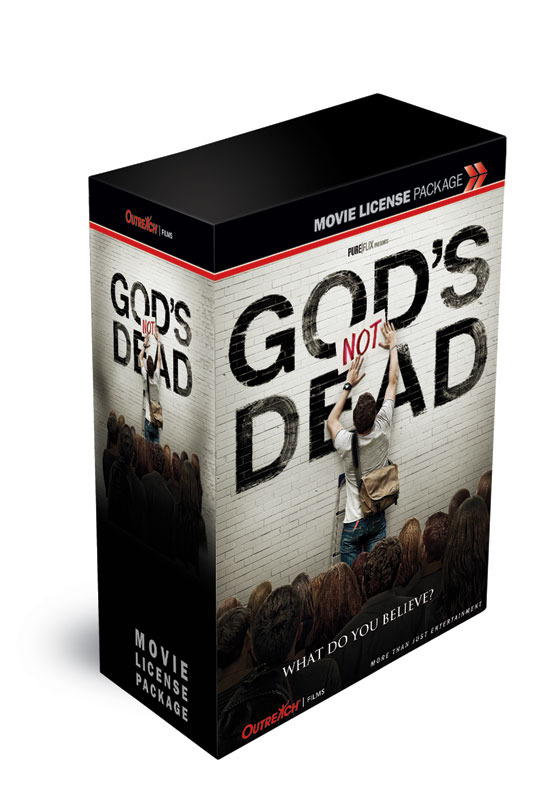 The God's Not Dead Movie Event Package includes everything you need to plan, promote, host and follow-up on your movie event, including: The Standard Package is appropriate for churches with average attendance between 100 and 1000 people. Available to customers in the USA & its Territories ONLY.